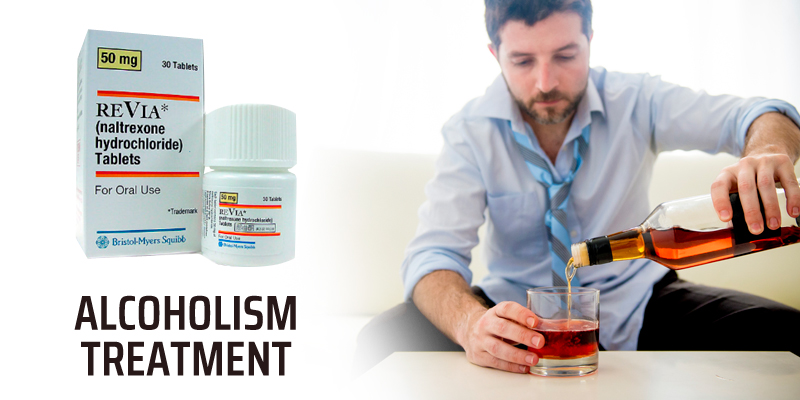 Ways In Which Medications Work For Alcohol Addiction Treatment

If you are planning for alcohol addiction treatment for someone in your family, you will find that there are several ways in which these programs are implemented. There are the spiritual programs as well as the programs that use conventional medication systems.

Even among these medications that are used for alcohol addiction treatment, there are several ways in which the therapies are constructed and administered. There are at least four different medications that are commonly used for this kind of treatment in the state, and each of them have a different kind of action on the constitution of the addict.

Here we shall see in detail how these different medications work and what their functions are on the system of the alcoholic person.

Revia (Naltrexone) both work on the Sinclair principle of pharmacological extinction of a habit from the person’s system. When a person consumes alcohol, endorphins are released into the body.

It is these endorphins that give the person a pleasurable feeling that something has been achieved. The effect of endorphins must not be confused with the effect of dopamine. While dopamine produces the high associated with alcohol, endorphins only tell the body that it has done something that it liked and it must repeat it sometime in future. Thus, endorphins retain the memory of the effects that the alcohol consumption produced.

When a person is put on Naltrexone treatment, the release of endorphins is lowered. Due to this reason, the person will not retain the memory of the pleasure achieved during the last alcohol binge and hence he or she will not want drastically to use the substance again.

Antabuse is used to bring the person out of the cravings that he or she has for using the substance. When a person is put on Antabuse treatment, in fact, the person begins to develop a strong dislike for consuming alcohol. In that way, the drug acts in a psychological way to wean the person off alcohol.

The theory behind the way Antabuse works for an alcohol addicted person is no less fascinating. Let us see that in detail here.

In simple words, alcohol medication Antabuse works by aggravating the hangover symptoms in the constitution of the person to such an extent that the person does not feel like consuming any alcohol anymore. When a person consumes alcohol, the hangover is produced because of the release of acetaldehyde in the body. It is this acetaldehyde that causes all those discomforting effects after alcohol use. This is what a hangover induces.

However, when a person is put on Antabuse treatment, the release of acetaldehyde is stepped up. Due to this reason, the person finds himself or herself quite disconcerted after the alcohol abuse. There will be a conscious effort on part of the person to cut down on the usage of alcohol the next time. In some persons, these aftereffects are so drastic that they will never want to touch the bottle again, but for some people a lengthy Antabuse therapy will be needed to break them off their intense alcoholic addictions.

Campral is the brand name of the chemical Acamprosate. The main intention of putting a person on Campral treatment is to stabilize their mental balances once the abstinence from alcohol sets in. In fact, the main reason why a person continues with an addiction is because of the release of the pleasure-inducing substance dopamine, from their brain. This is a spontaneous chemical reaction which makes the person continue taking alcohol.

However, when a person is put on Campral medication, these chemical changes in the brain are broken down. The brain is not able to stimulate as much production of dopamine as it did earlier. Due to this reason, the person slowly comes out of the habit of alcohol.

It is also important to stabilize the brain after the effects of the withdrawal take place. Campral ensures that the brain of the person continues working with rationality even as the abstinence programs are underway.

Topiramate works by reducing the release of dopamine from the person’s system when alcohol is consumed. This hampers the pleasure that the person gets in consuming alcohol and there is a strong likelihood that he or she will simply stop using alcohol. This is a psychological association: the person continues consumption of alcohol as long as he or she finds the pleasure in the activity. Once that pleasurable feeling is gone, the person will not feel like drinking again.

People who are put on topiramate can cut down on their alcohol consumption by as much as five times.

These are the medications used in alcohol addiction treatment. By their careful application, the habit is attempted to be completely removed from the system of the person.